5 Things You Need to Know about CBD

A VPN is an essential component of IT security, whether you’re just starting a business or are already up and running. Most business interactions and transactions happen online and VPN

1. Let’s Start from the beginning. What is CBD?

CBD is short for cannabidiol and is just one of several different molecules called cannabinoids that are found in the cannabis plant. CBD oil is a natural essential oil which is extracted from the flowers and leaves of the cannabis plant. CBD oil contains a variety of active compounds such as naturally occurring Cannabinoids, Terpenes, and Flavonoids

So OK, What are the Cannabinoids?

2. Know the Differences Between Cannabis, Marijuana and Hemp.

Although both are extracted from the same plant, there are big differences: Hemp oil is extracted directly from hemp seeds. About 30-35% of the weight of a single hemp seed is oil. Hemp contains relatively small concentrations of cannabinoids and terpenes and is not the most desirable source of CBD oil. Conversely, CBD oil must be extracted from the flowers, leaves, and stalks of Hemp plants.

While many of the CBD products on the market are produced from industrial hemp, the CBD oil in Prospera NATURALS products is made from a CBD-rich cannabis sativa strain known as PCR hemp. PCR is short for phytocannabinoid rich — it contains as much as 10x the concentration of CBD as generic industrial hemp and negligible amounts of THC, which is completely removed during the production process.

CBD From PCR Hemp vs. CBD From Marijuana:

Essential oils can also be extracted from marijuana the same way they can be extracted from hemp. The oils made from marijuana are correctly referred to as cannabis oil. These are only legal in states which allow the cultivation of marijuana. They may contain some CBD but will also contain enough THC to cause a high. Therefore, are considered a controlled substance.

For the purposes of education, we are only concerned about CBD oil produced from PCR Hemp.

When the essential oils of the hemp plant are first extracted, the resulting product is considered raw hemp extract. The raw extract is then put through a series of filtration processes to remove unwanted compounds to produce various classes of oils differing in purity and CBD content. These refined oils are referred to as CBD concentrate.

Raw PCR hemp extract contains terpenes as well as other cannabinoid compounds similar to CBD. Because it retains the natural balance of cannabinoids and terpenes found in the original plant, we refer to these products as full spectrum oils.

CBD can also be isolated and purified. In their pure form, and at room temperature, cannabinoids are solid crystals. CBD isolate can be consumed directly or as an additive in other preparations such as edibles and beverages; however, it is devoid of the beneficial terpenes and other cannabinoids found naturally in the plant.

This term is generally used to label a CBD oil which has gone through some initial filtration and distillation steps to remove unwanted compounds such as chlorophyll and waxes. The resulting product has a higher concentration of CBD than the raw extract, hence the term CBD-rich oil.

Full spectrum CBD oil retains the original concentrations of cannabinoids and terpenes found in raw PCR hemp extract. Broad spectrum CBD oil, on the other hand, is made by combining CBD isolate and individual terpenes with an oil base, still delivering what it’s known as the “entourage effect”. The latter being THC free (vs. low THC levels in the Full spectrum).

5. What makes CBD Oil such a sought after supplement?

CBD oil can positively interact with the Endocannabinoid System (ECS). The ECS is one of the most important physiologic systems, involved in establishing and maintaining our overall health. Endocannabinoids and their receptors are found throughout the body. In each tissue, Cannabinoids perform different tasks, but always aim at the same goal: achieve Homeostasis. Homeostasis is a healthy state that is maintained by the constant adjustment of biochemical and physiological pathways. An example of homeostasis is the maintenance of a constant blood pressure in the human body through a series of fine adjustments in the normal range of function of the hormonal, neuromuscular, and cardiovascular systems. These adjustments allow the maintenance of blood pressure needed for body function despite environmental changes and changes in a person’s activity level and position. 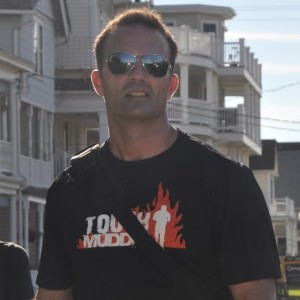